Gold jewelry is flying off the shelves, causing high-end retailers to expand their offerings and Tiffany & Co. to even raise its full-year forecast.[1][2] Sales of 2018 American Eagle Silver Bullion coins soared 72 percent in August, forcing the U.S. Mint to declare that it’s temporarily Sold Out![3] The agency reports that overall purchases of physical precious metals are up an astounding 126 percent!

But with physical demand rising and prices sure to follow, the window to get in on the safe haven shopping spree is closing quickly. Whether you’re planning to buy low and sell high or hedge your portfolio against the brewing economic storm and rising inflation, you’d better act soon. Physical metals are moving fast!

After a summer marked by slumping physical precious metals prices, demand is starting to take off. Gold and silver coin sales at Scottsdale Bullion & Coin shot to a 17-month high in July! And we weren’t the only ones to get in on the rally.

Often the first to spot major financial shifts, institutional investors and market mavens have been keen on physical precious metals lately. Everyone from Wall Street heavyweights to billionaire business tycoons can’t get their hands on enough of the shiny stuff.

Emerging markets have diversified and increased their investor and consumer base for gold. Over the last twenty years, annual demand for gold from India and China has doubled from 25 percent to 50 percent.[11] And imports of gold to these countries have recently spiked. In the decades after President Richard Nixon did away with the gold standard, central banks kept their coffers low, routinely selling gold. After the global financial crisis in 2008, they started buying again. Concerns about the dollar have even triggered a bullion buying binge.[14]

It’s a simple equation really: gold prices have bottomed just as geo-economic risk at home and abroad is escalating, increasing the demand for safe havens. All that stands in the way of a massive gold rally is the dollar, but its run will be over soon. Read “Is President Trump Telling You to Buy Gold Now?” to find out why.

Stop Missing Out! Buy Gold and Silver before Prices Breakout.

Limited Time Special Offer For You!

Smart money is moving into physical metals. Investors are buying up deals like it’s an end-of summer sale. The Mint sold out of product! What are you waiting for?

Get in on the Silver Rush with this special offer! 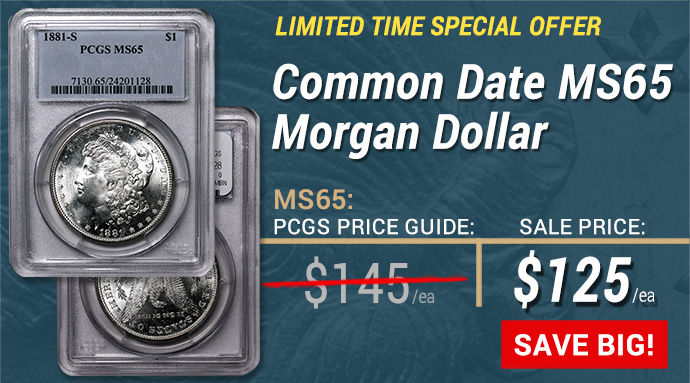