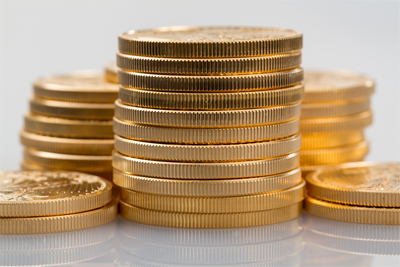 On May 2, 2014, the Department of Labor reported an increase in non-farm payrolls of 288,000. In addition to adding about 70,000 more jobs to the economy than was expected, the unemployment rate dropped from 6.7% to 6.3% for the month of April. Every economist will tell you that the price of gold should weaken when the economy strengthens. Based on the important jobs report, you would think that spot gold would be down for the day.

Why did gold go up by 1.22% in one day when the strong jobs report should have sent prices into a downward spiral? According to the experts, gold went up because of increasing concern over the growing tensions in Ukraine. Evidently, more people believe that troubles in Ukraine trump positive economic news in the United States.

Not knowing when your enemy might attack is worse than the fear of being attacked. If you know that the Federal Reserve is going to continue to taper and eventually raise interest rates, at least you won’t be caught by surprise. The horrible terrorist attacks on 9/11 created such panic and uncertainty that gold spiked up 8% in the next week. Gold prices continued to rise as the nation went to war in Iraq. By the end of 2005, spot gold prices were more than double the September 10, 2001 spot gold prices ($271 per ounce). Gold continued up as we learned that our economy was about to collapse. As we watched the stock market tumble and saw real fear in the eyes of investors, gold hit more than $1,800 per ounce in September of 2011.

As the economy started to recover, we got out of Iraq and took out Osama Bin Laden. People seemed to started feeling better. True, there was still high unemployment, but overall, we were “better” off than we had been just a few years prior. Gold started to decline and had a really slow year in 2013. Today, gold seems to be building a base at around $1,300 per ounce. Which way it goes over the next six months, or a year, is hard to predict.

So far, the Fed is maintaining a steady course and reducing the amount of its bond-buying program each month. According to Yellen’s comments, tapering should be completed by the end of 2014 and interest rates are likely to start going up around May or June of 2015. If the Fed changes its course, gold prices will react.

Don’t be paralyzed by all of the unknowns

Is Russia going to start WWIII? Will the situation in the Middle-East ever come to a peaceful resolution? What will China do? Will the dollar grow weaker? Will the stock market have a major correction? Speculators and traders have to worry about the undulations in the market, but long-term investors can sit back and relax.

If you want to own physical gold for the long-term, there is no reason why you should not buy gold coins today. Ignore all of the noise and start accumulating gold.

Related read: How to Ride Out the Short-Term Ups and Downs in the Gold Market