What Is a Proof Coin?

Before every great work of art, every architectural masterpiece, every brilliant song, first there is a plan, a blueprint, a design. The same preparations for coins have occurred in mints across the globe for centuries. Governments have historically tested out their coinage first through "trial run" samples, called "proof coins" (also called “specimens” or “prototypes”). These proof coins did not enter mainstream circulation and were often used to catch any errors, which were then corrected before mass minting. Proof coins are now considered among the best in coinage.

Since the beginning of coin mintage, proof coins were simply the first ones to go through the press: if one version of a coin wasn’t up to standard, it was corrected until it was deemed satisfactory for mass minting. Because historic proof coins often contained errors that were later corrected, their rarity and unique distinctions make them desirable for collectors today. 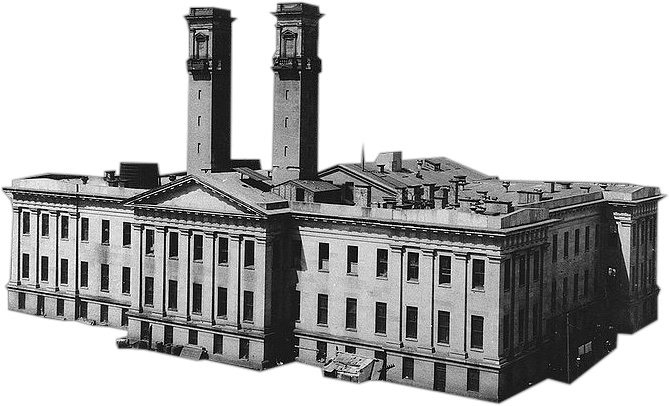 The United States Mint temporarily stopped proof coinage during World War One to prevent wasted metal. By the 1930s, the Depression caused a lot of the big changes to U.S. currency: economic hardship forced the government to remove gold coins from circulation while also creating “bank holidays” to prevent a run on cash. In 1936, the Mint reinstated proof coins in order to make sure that entire batches did not turn out ruined. When they did so, the Mint also began selling proof coins directly to collectors at a premium. Today, proof coins are recognized as being more valuable and rare than circulated coins.

Today, because of the element of rarity, proof coins have evolved into the highest quality coins that a mint can produce. They are no longer used to catch errors, but to showcase the best in coinage, and are sold usually in limited quantities with guaranteed purity and a certificate of authenticity. Proof coins can be added to a numismatic collection, a precious metals IRA, or other precious metals investments because they are certified as high quality investment coins—unparalleled in brilliance, luster, beauty, purity, and craftsmanship.

Recapturing the legendary beauty of the famous Augustus Saint-Gaudens Lady Liberty design, the American Eagle gold coin was authorized in 1985 by the Gold Bullion Coin Act. This popular coin comes in three sizes: 1 oz, ½ oz, ¼ oz and 1/10 oz. The gold content is guaranteed by the United States. The proof version carries a “W” mark below the date to indicate special minting at the West Point Mint in New York. Numismatists value this American Eagle as a proof coin for its fine detail and incorporation of many artistic elements, including the reverse with a male eagle with an olive branch and a nesting female eagle. The inscriptions include LIBERTY on the obverse and UNITED STATES OF AMERICA, IN GOD WE TRUST, and E PLURIBUS UNUM on the reverse. Also shown is the coin’s face value and weight. Each of the coins is made of 91.67% gold (22 karat), with silver and copper alloys to provide more durability: 3% silver and 5.33% copper.

Since its authorization in 1985 and first minting in 1986, the American Eagle silver proof coin has been a favorite for bullion buyers and coin collectors alike, serving as the official American silver bullion coin. Resurrecting the much-admired Adolph A. Weinman “Walking Liberty” design on the obverse, the reverse carries a John Mercanti rendition of the federal shield. The date, LIBERTY and IN GOD WE TRUST are inscribed on the front, while the reverse includes the mint mark (Philadelphia Mint, the San Francisco Mint, or the West Point Mint), UNITED STATES OF AMERICA, E PLURIBUS UNUM, and 1 OZ. FINE SILVER~ONE DOLLAR. This coin is only available in the version guaranteed to contain one troy ounce of 99.9% pure silver. The U.S. Mint certifies the coin’s purity, weight and content. The proof version of the American Eagle Silver Dollar provides an excellent investment coin, highlighting the fine detail of the iconic Walking Liberty obverse (seen on U.S. half-dollars from 1916 to 1947). The reverse is also majestic, featuring details that include the heraldic eagle with arrows and olive branches in its talons and the banner bearing E PLURIBUS UNUM in its mouth. The eagle is protected by the federal shield and is positioned below 13 stars that represent the original 13 colonies.

The official American platinum bullion coin has been minted as the American Platinum Eagle by the U.S. Mint since 1997. This coin has the distinction of being the only platinum bullion coin that the United States government guarantees in content, weight and .9995 purity. This coin comes in four sizes: 1 oz, ½ oz, ¼ oz and 1/10 oz. However, after 2008 the U.S. Mint stopped producing fractional coin sizes due to lack of platinum supply. Since then, only 1 oz coins are being newly minted. This coin also has the unique position of being qualified for holding in a precious metals IRA since it is considered a commodity, not just a collectible.

The intricate design of American Eagle Platinum proof coin qualifies it as a highly desirable numismatic item, especially due to the fact the reverse design is changed each year. The obverse design incorporates a close-up view of the Statue of Liberty, the date of minting, and the inscriptions LIBERTY, IN GOD WE TRUST and E PLURIBUS UNUM. The reverse design includes the inscription UNITED STATES OF AMERICA and the coin’s weight and face value. Uncirculated and proof versions of the American Platinum Eagle offer different designs each year as part of the mint’s “Vistas of Liberty” program. Past designs of the Platinum American Eagle have provided various scenes depicting different parts of the country, as well as a “The Foundations of Democracy” version that highlight the three branches of the U.S. government.