Why Buy from Scottsdale Bullion & Coin

There’s no need to wait. We’ll process your order immediately.

We offer personal advisors to assist you with your unique investment goals. The Canadian Silver Maple Leaf coin is sought-after for its beauty and incomparable purity. The Royal Canadian Mint (RCM) has issued the country’s official bullion coin every year since 1988. Truly unique, the Silver Maple Leaf is one of the best-selling bullion coins on the globe and a favorite among both collectors and investors.

A legal-tender coin, the Canadian Silver Maple Leaf has a face value of $5 Canadian dollars—higher than many of its competitors on the international market.

Weighing 1-troy-ounce, the Silver Maple Leaf has a diameter of 38 mm and a thickness of 3.29 mm. The Silver Maple Leaf carries one of the highest degrees of purity for a government-minted silver bullion coin: .9999 pure silver. Bullion silver coins are usually minted at only .999 silver.

Another feature that sets the Canadian Silver Maple Leaf apart from other bullion coins is its pristine appearance, which is made possible by the RCM’s Mintshield™ technology.

Developed in 2018, the proprietary method reduces the occurrence of white spots, also known as “milk spots.” Such blemishes can decrease the value of otherwise choice silver coins. Invisible to the naked eye, Mintshield™ has turned the tables on the milk spot plague, preserving the dazzling appearance of the Silver Maple Leaf for collectors and investors.

How to Buy The Canadian Silver Maple Leaf Coins

If you’re in Arizona, you can walk into our office during business hours to buy. You can also call in to place an order, use our live chat function, or request a quote directly from our website.

We're local in Arizona. Get Directions. 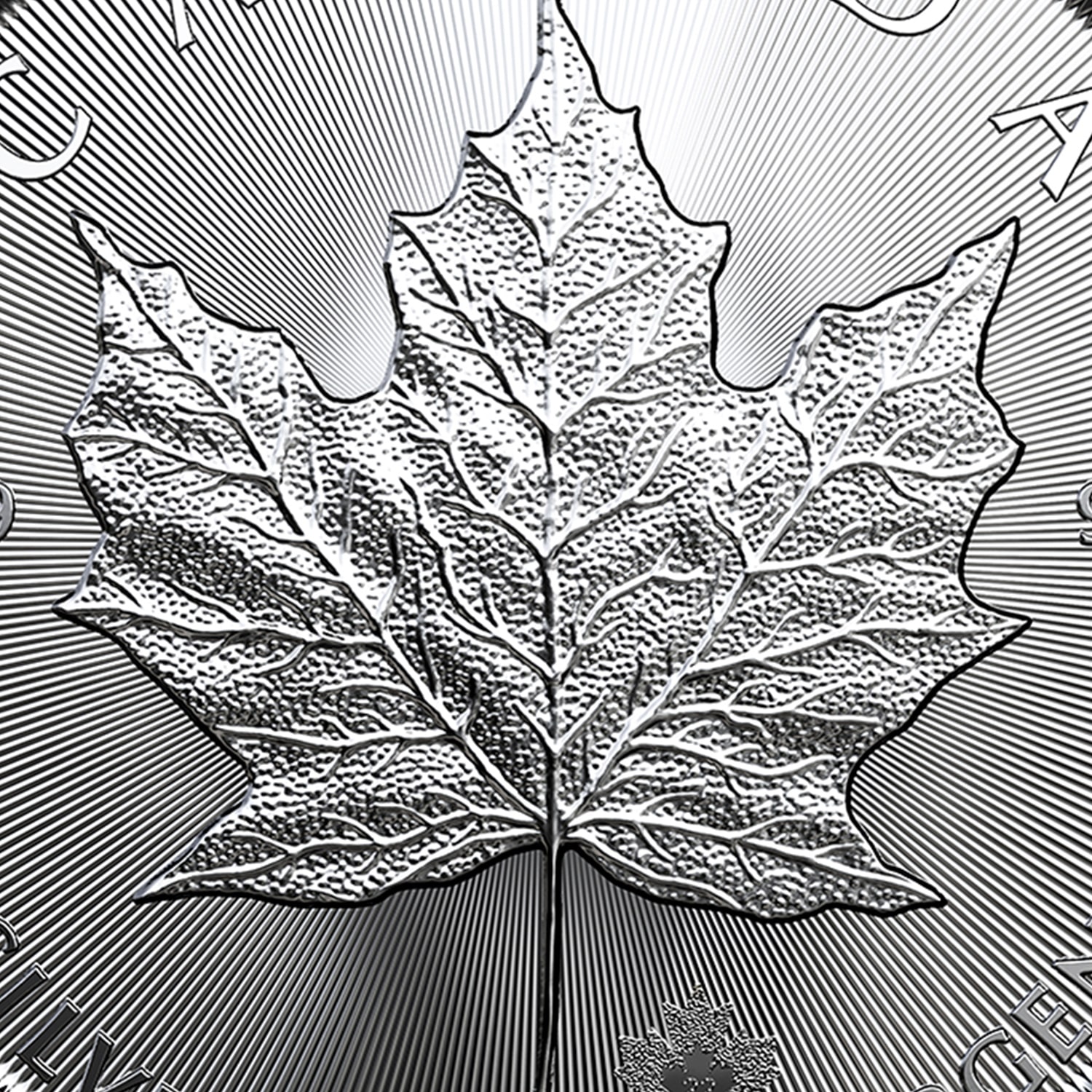 Why Invest in the Canadian Silver Maple Leaf Coin

Instant liquidity when you want to sell quickly.

Well-known and widely recognized in the market.

Considering the benefits of adding the Canadian Silver Maple Leaf Coin to your portfolio? Schedule a free strategy session with a precious metals advisor to discuss your options and goals. The obverse design of the Silver Maple Leaf depicts the profile of Queen Elizabeth II. Inscriptions of “ELIZABETH II,” the coin’s year of issue, and its denomination encircle the image.

As the queen’s appearance has changed with age so too have the coin’s depictions of her: The reverse features the maple leaf, the iconic symbol of Canada. Surrounding the image are inscriptions of “CANADA,” “9999,” and “FINE SILVER 1 OZ ARGENT PUR.”

Every Canadian Silver Maple Leaf minted in 2015 and later comes with cutting-edge anti-counterfeiting security features: Bullion DNA™ Anti-Counterfeiting Technology, a micro-engraved maple leaf, and radial lines. The intricate veining of the maple leaf is magnificent in its detail and beauty.

Water Ott is the principal designer of the reverse, which is patterned after the sugar maple leaf. An Austrian-Canadian, Ott was the RCM's chief engraver from 1977 until his retirement in 1985. 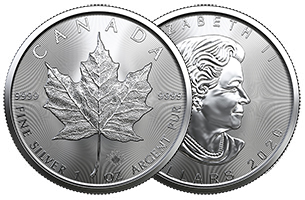 The Canadian Silver Maple Leaf coin generally prices above its bullion value, usually about $2 to $4 over spot silver price. Some of the rarer versions, especially during 1996 and 1997, for example, command higher premiums.

Because of their purity and technical perfection, Silver Maple Leaf coins are among the most highly valued silver bullion coins. Beautiful and affordable, these coins make an excellent addition to any coin collection or precious metals IRA.

Looking to sell this silver coin? Get cash today!

What are some special edition Canadian silver maple leaf coins?

A number of commemorative editions of the Canadian Silver Maple Leaf have been minted with special motifs on the reverse:

Additional special editions of this coin have been struck. These include coins with specific privy marks, coins with a colored maple leaf, and coins with holographic enhancements.

What is the mintage history of the Canadian silver maple leaf?

The maple leaf has been considered a symbol of Canada as far back as the 1700s. From 1876 to 1901, it appeared on all of Canada’s coins. In 1965, the maple leaf became emblazed on the new Canadian flag.

Introduced in 1967, the South African Gold Krugerrand coin was the only gold bullion coin available to private investors for years. But the Western embargo on South African goods prevented investors and collectors from buying the Krugerrand. In response to investor demand, the RCM introduced the second-ever gold bullion coin in 1979: the Canadian Gold Maple Leaf coin.

How many Canadian silver maple leaf coins are minted a year?

For non-commemorative versions, mintages range from as low as 100,970 in 1997 to almost 30,000,000 coins struck in 2014. Some of the commemorative editions are much scarcer, with only a few thousand struck. This is the case with the 2005 Liberation Tulip Privy Maple Leaf, 3,500 of which were struck. 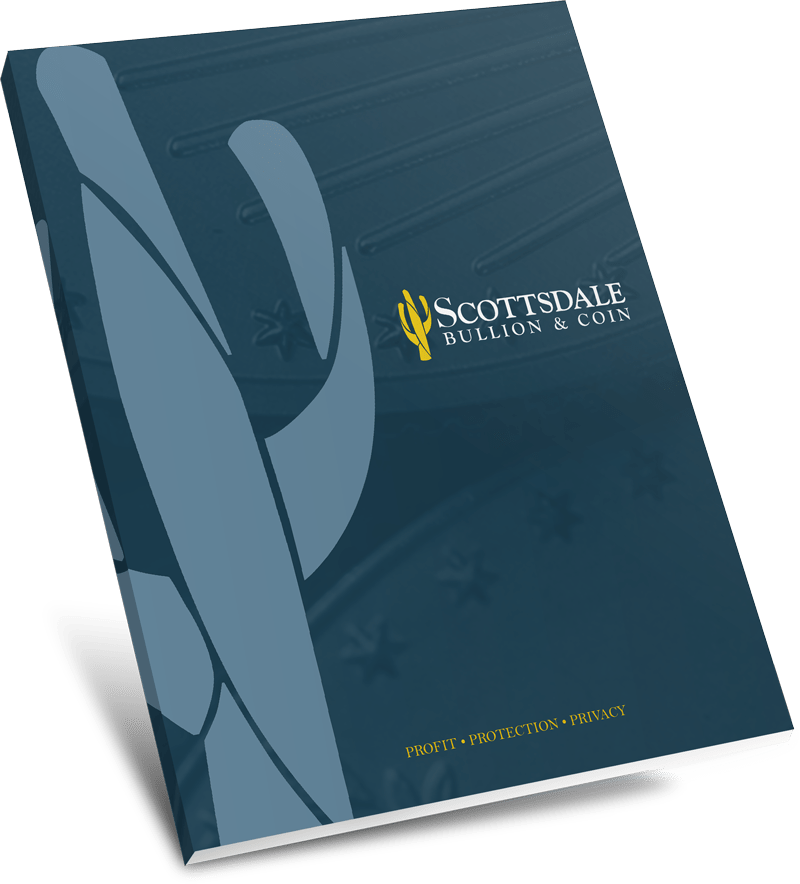