What It Could Mean for Gold Investors 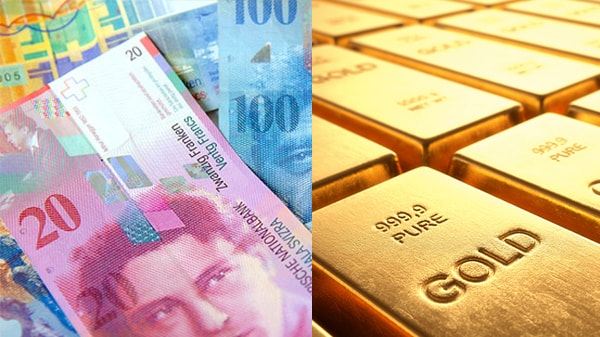 A generation or two ago, nearly all forms of currency in the world relied on gold holdings to back up their monetary power. As a result, the relative value of a given currency closely followed the price of gold as well as the quantity of gold that any given nation possessed. The U.S. ended the gold standard in 1971 to great fanfare, partially resulting in the hyper-inflation of the 1970s but also giving rise to mass proliferation of American currency. The Swiss government had been far less willing to cut the golden tether to the franc, having only done so in 1999. Now, the nation holds a referendum about going back onto the gold standard. What does this move mean for the Swiss and for gold investors?

Swiss currency is known around the world for its stability and consistently high value. Despite the ebb and flow of the dollar, Euro, and pound sterling, the franc has experienced far less volatility during the global financial crisis, with the Swiss economy stable and productive all the while. On the last day of November, however, the Swiss citizenry will vote on the “Save Our Swiss Gold” initiative that, if passed, will again harness the franc to the gold standard. Not only would this move forbid the Swiss government from selling gold through banks (private institutes would be free to continue to do so), but would necessitate that the Swiss carry 20% of their national reserve in gold within the span of a decade—a 250% increase over their current reserves, or $150 billion worth of gold, all stored within the country’s borders.

Some nations have serious problems. Like the Norwegians, who have more money coming in from their oil tax revenue than they know what to do with, the Swiss have a currency that’s just too strong. While the dollar flounders, unable to gain much traction to keep pace with either inflation or wages, the franc has no such issues, chugging ahead with such strength that it’s affected the export rate of Swiss companies. The move to tie the franc with gold would almost certainly, at first, devalue the franc, resulting in easier exports and, in theory, more money coming into the Swiss economy rather than having the existing money stagnate.

If the Swiss vote is approved on November 30th, what would it mean for the average gold investor? For starters, expect that the value per ounce would rise, probably sharply. While the value has fallen steadily from $1,800 per ounce to around $1,200, the demand from the Swiss government would put the global gold market into overdrive, ratcheting up prices. Those who are willing to bet on the vote going forward should buy gold, as soon as possible, in order to see the value rise sharply. If the vote doesn’t go through, however, the risks of gold continuing to fall is very real: the Swiss would be under no obligation to hoard gold and inflate the value, resulting in the status quo of the market demands.