If you’re a bit confused about the difference between proof and uncirculated coins, you’re not alone. Both are sold in protective packaging with great luster, a certificate of authenticity and hit the market in mint condition because they’ve never been introduced to into general currency. However, there are distinct and noticeable differences that collectors should be able to distinguish.

In this article, we’ll go a little deeper into some of the key aspects that set proof and uncirculated coins apart and look at the reasons for their production. Whether you are new to collecting or simply looking for a refresher, this will help you make a more informed buying decision.

How Are Proof Coins Produced?

The U.S. Treasury defines proof coins as “the finest quality of coins” produced by the United States Mint. These coins are meticulously produced in small numbers and handled to a specific set of guidelines.

The proof blank (a blank coin that hasn’t been struck) is actually hand-polished before being fed into specialized presses fitted with polished dies. This production process makes proof coinage particularly distinguishable for a number of reasons:

Uncirculated coins are hand-fed into a coining press, but the blanks are not hand polished, unlike proof coins. Uncirculated coins will have a brilliant, detailed finish. However, you will not find the same type of high-polished mirror-like glow.

Why Some Collectors Prefer Proof Coins

The craftsmanship and attention to detail is something that many collectors admire about proof coins. 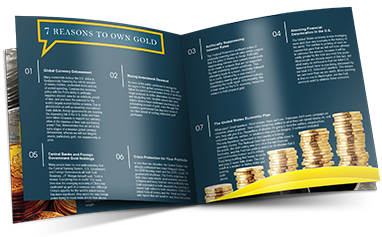 What Are the Advantages of Collecting or Investing in Uncirculated Coins?

Uncirculated coins are sometimes favored by both investors and collectors alike. Let’s take a look at why these coins may appeal to both subgroups.

What Are the Similarities of Proof and Uncirculated Coins?

Technically, both types of coins are uncirculated and do not enter general currency. The primary difference is in the production and physical appearance of the coinage.

Why Are Proof Coins Produced by the U.S. Mint?

Historically, proof coins were produced as a sort of test run to make sure the dies and presses were functioning properly. In fact, the earliest coins produced by the U.S. Mint never went into circulation. These were struck in 1793 and are believed to be made from silverware provided by George and Martha Washington.

The director of the U.S. Mint would inspect and approve or disapprove proof coins before they were struck in high numbers and put into circulation.

Proof coins were also made to be archived and preserved by the government. As these coins became more sought after by collectors, the United States Mint began producing proof coins in larger numbers to sell into the collection market.

Which Type of Coin Should You Purchase?

In today’s market, more collectors and investors are leaning toward proof coins over uncirculated coins. A primary reason for this is the investment potential for proof. For instance, in 2009, American Eagle proof coins were trading at three-times the spot price of gold. Today, American Eagle proofs are around 1.3 times the gold spot price, but the potential for them to once again trade at three-times the rate of spot, or even higher, is likely.

Collectors and investors also appreciate the long-term growth potential of proof coins. It’s considered a low-risk investment with excellent potential to increase in value. Because proof coins are more rare and produced in smaller numbers with a higher level of quality control, you can expect these coins to hold and increase in value.

No matter what type of coin you decide to purchase, there are a few things to keep in mind.

Whether you choose proof coins or non-proof uncirculated coins, there are plenty of great options out there for the casual or serious coin collector and investor. However, if you want to choose coins with a higher likelihood of increasing in value, proof coins are often the safer bet.