It’s currently a very interesting time economically. There seems to be a perfect storm brewing in our current system, resulting in an overvalued stock market—that could burst this year. As we’ve mentioned in previous newsletters, there are a few considerable elements at work in this precarious economy:

Even so, many people seem very optimistic that these giant elephants in the room aren’t a problem. Many feel that the stock market will continue to just go up and up.

Others are reminded of the euphoria before the storm in 2007. The housing market was going through the roof, people felt rich with equity, and the stock market was at an all time high.

Then reality set in. Once the financial meltdown was underway, all that optimism turned to shock. “How could all of this be happening?” people asked, when the red flags were underneath their noses the entire time. That was only a decade ago. Now, with the stock market rising, have we forgotten the lessons we learned from that time?

Caution: Do Not Ignore the Elephants in the Room

Ben Bernanke, the Federal Reserve Chairman before the 2007-2008 crash said everything was fine and there was no bubble. Sound familiar? Though these words are nice to hear, they are actually more dangerous than acknowledging the truth of the situation—that the economic system cannot be fixed easily with any wave of a magic wand, and that there are serious flaws in our current ways of doing things. Printing more money, lowering interest rates, going into negative interest rates—these are all attempts at quick fixes, but there is no such thing as a panacea in our currently dysfunctional economic system. Debt grows, and the economy requires more and more expansion of paper money to stay afloat. This is an unsustainable strategy.

Sometimes, people want good news so badly they are willing to believe anything—to the detriment of their savings when it all comes crashing down. (And the rest, the ones who are investing in the bubble knowingly, are contributing to a future meltdown for the rest of us.)

The repercussions of ignoring a market bubble, as we saw in 2008, are extremely significant. People lost their homes, lost their jobs, lost their savings. People who were ready to retire before the Great Recession found themselves needing to work several more years to make up for lost wealth. The 40-60% drop in their retirement funds would take years to come back. This is not a scenario you want to find yourself in the next time stocks crash—which looks like it could be this year.

The bottom line is that strong upward cycles in the stock market do not last forever. What goes up must come down.

Where We Stand Today & What To Notice

The S&P 500 hit an all-time high on March 1st, and today stocks sit only about 2% lower. The stock market is trading at 22 times earnings, the highest in almost a decade.

You can find experts, analysts and hedge fund managers sharing their words of caution almost anywhere you look. Here are just a few:

Seth Klarman, who runs the $30 billion Baupost Group, told investors that corporate insiders have been heavily selling off their company shares recently—“a sign that those who know their companies the best believe valuations have become full or excessive.”

Scott Minerd of Guggenheim Partners said he expects a “significant correction” this summer or early fall.

Philip Yang, a macro manager of Willowbridge Associates, sees a stock plunge of between 20 and 40 percent in the near future.

The Big Picture – Stocks vs. Gold 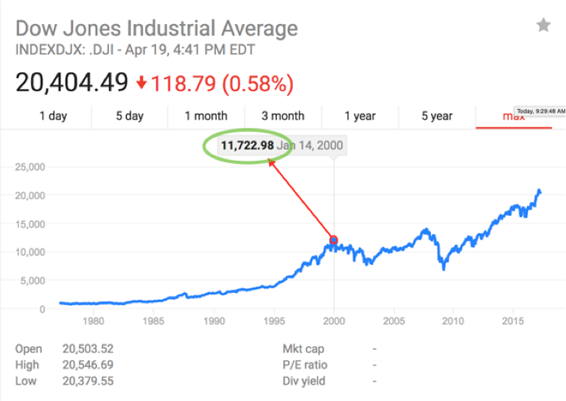 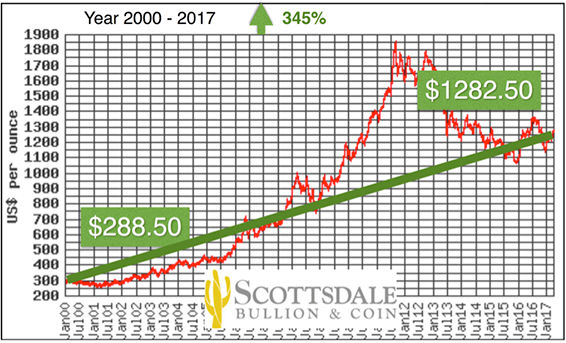 Many investors who were able to see that the economy was not completely healthy leading up to the Great Recession diversified in gold and silver, and were able to offset those losses. This is precisely what people need to be doing now. Gold protects purchasing power and hedges losses, making precious metals a tremendous investment tool.

The opportunities now are some of the best in the last 20 years. We hope all can learn from the past and get our life raft in hand before the next storm hits. It certainly is brewing. Considering the overall picture, now is a great time to take profit on stocks and add a little more financial insurance with gold and silver.