“Back in 2011, #Gold rallied hard as the debt limit battle got this intense,” Tweeted Michael Burry1, the contrarian investor whose billion-dollar bet against the U.S. housing bubble was made famous in the movie “The Big Short” and who inadvertently set off the GameStop short squeeze that triggered the Silver Squeeze.

“This is the knife’s edge, BECAUSE we are at 5:1. It may go to 100:1. Or become -5:-1. But parabolas don’t resolve sideways.” Because the stock market’s so overvalued, it’s been rising $5 for every $1 invested in it, according to a research report Burry cited.

***Burry, notorious for Tweeting & deleting, has since removed these.***

Then there’s his Tweet about gold and the debt ceiling… 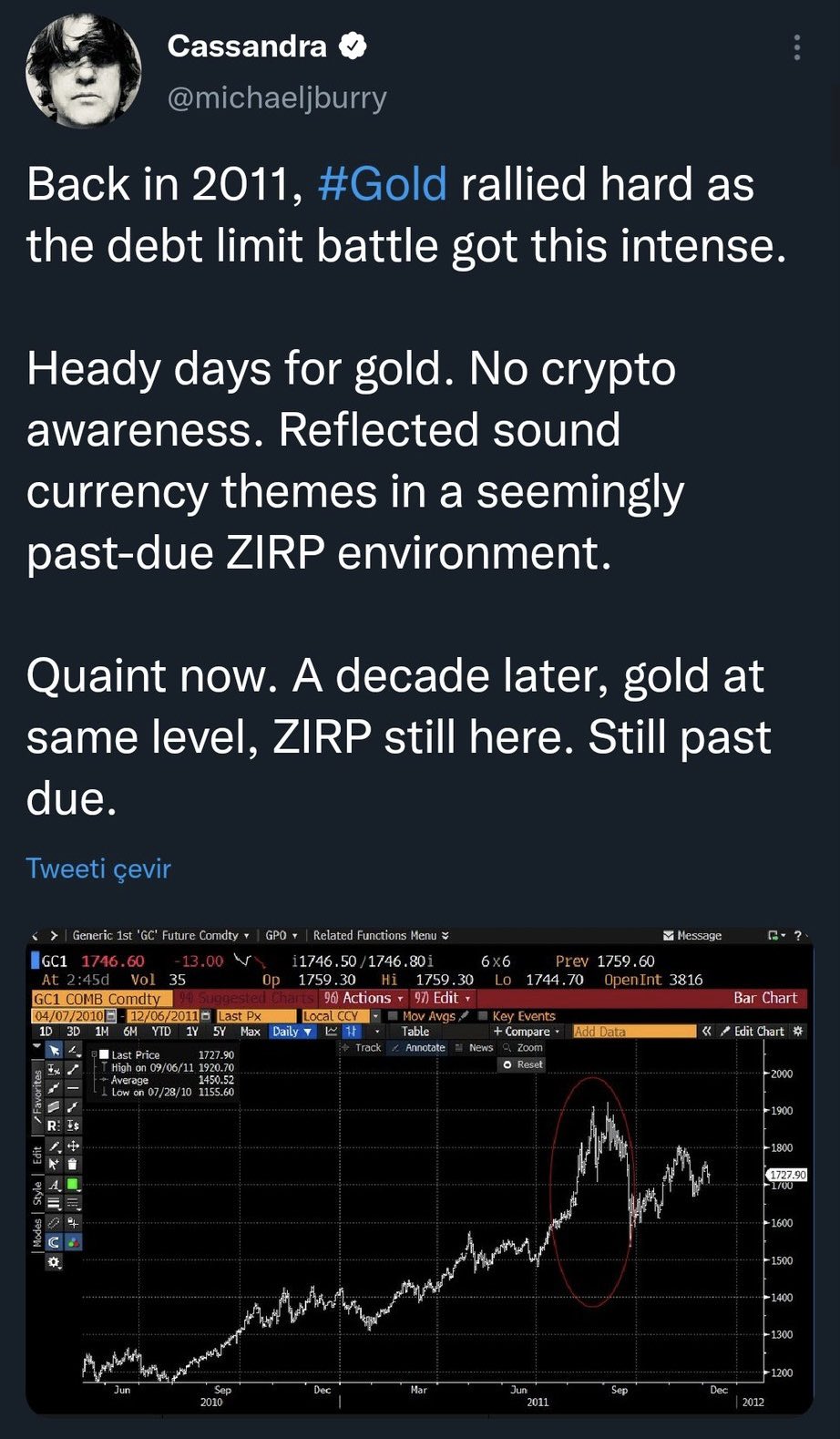 The difference now? The national debt is 2x higher than in 2011: $28 trillion now versus $14 trillion then.

So… what does that mean for these “heady days for gold”? Should the precious metal rally again?

Are you really going to wait and see?