The Fed has been creating money at a pace that has never been seen before.  You are basically up 75% (in money creation) year over year.  This is unprecedented.  Normally, it might be up 1% or 2% year over year.  The exploding money supply will lead to inflation.  I am not saying we are going to get to 75% inflation—yet, but you are getting up to the 4% or 5% range, and you are soon going to be seeing 10% range year over year. . . . The Fed has lost control of inflation.
–Economist John Williams, founder of ShadowStats.com

By now, most are aware that gold and silver prices have been held down via bullion banks (and algo’s) hitting the paper market on nearly a daily basis. But many are also aware that the physical gold and silver markets are getting tighter and tighter each day as well, and it’s just a matter of time before the strong physical market overpowers the paper market. As a matter of fact, that time could be upon us, thanks to Basel 3 regulations which are about to be imposed in short order AND massive buying of physical silver by Eric Sprott.

Basel 3 came about after the Lehman crisis in 2007/2008 with the idea of imposing regulations so banks wouldn’t collapse in the future due to lack of liquidity. More specifically, the Basel 3 accord is a set of global financial reforms under the domain of the Bank of International Settlements, headquartered in Basel, Switzerland. Basel 3 has been in the works since 2008 and along the way has endured many revisions and delays, and with the final deadlines firmly in place, this a huge deal for gold and silver.

“The disruption to futures markets (paper exchanges) from Basel 3 will be a major shock. When it goes ahead, Basel 3 will mean that banks will be forced to wind down their positions in unallocated precious metals, almost certainly causing massive disruption to the physical bullion markets as well. If the expansion of paper has suppressed the prices of gold and silver for the last fifty years, then a severe contraction of paper equivalents at a time of escalating fiat money inflation could send prices to the moon.” 🚀

These new regulations are scheduled to go into effect on June 28, 2021 for European banks and January 1, 2022 for the UK banks. Putting this into perspective, the new regulations will remove an artificial supply of gold estimated at 10,800 tons. Again, as per Alasdair Macleod,

“The unallocated forward settlement market will effectively be shut down. Hedging/selling into COMEX (the New York Exchange) from this source will also cease. As it is unwound, the withdrawal of synthetic supply has enormous implications for future precious metals prices by transferring pricing power to physical markets, now dominated by China. And, with the scheduled dates approaching soon, all the bullion banks can be expected to wind down their ‘short’ exposure well ahead of the deadlines.”

Along the line of being accountable for physical, unlike the silver index SLV, the one index that acquires the actual physical silver commensurate to the number of contracts purchased is PSLV. Below is an update on the progress of Eric Sprott in purchasing enough physical silver to keep up with the demand for his PSLV fund. I’m particularly excited because the last two times I heard Sprott was buying physical silver of this magnitude, the price of silver skyrocketed soon after. Considering the current supply shortage of silver overall, this news of Sprott’s purchases is extra bullish. *The information below was provided by Bill Murphy of GATA and reveals yet another reason why silver will explode soon in price:

“This email was making the rounds early this past weekend, which was quite encouraging….

It is obvious to anyone looking that Rick Rule and Sprott are intercepting the silver BEFORE it reaches COMEX. They are going to the refineries and bidding a little bit over spot price to acquire the 1,000 oz bars. And as a result, the COMEX inventory is NOT being re-supplied like it used to.

Sprott has purchased 53 million oz so far of silver in 2021. Global annual production at 800 million (estimated). That means about 300 million oz mined YTD. So Sprott has bought about 1/6 of global silver supply mined YTD 2021.

Sprott PSLV has a 3 billion offering they are working thru right now to acquire silver. That is another 100 million oz to go. That is enough to empty the COMEX registered inventory category. Sprott is not buying directly from COMEX, but they are preventing COMEX from being resupplied.” 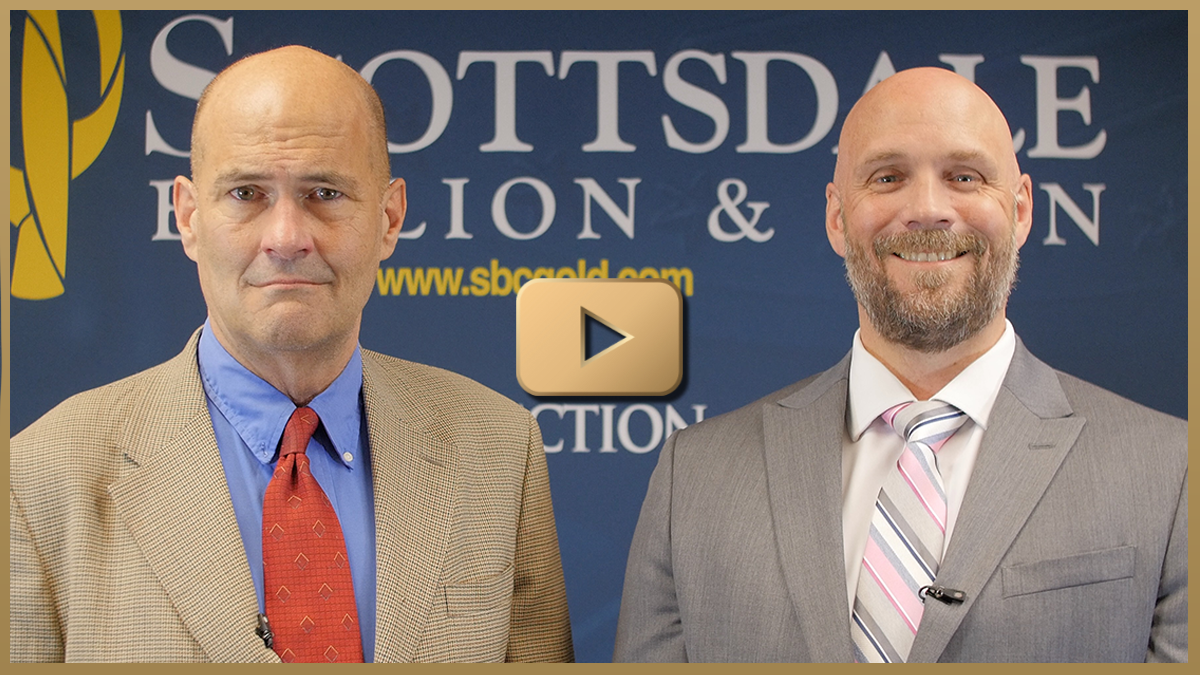